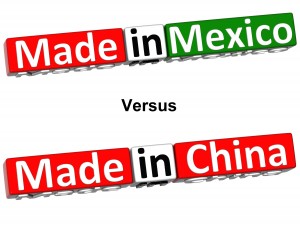 Forget everything you knew about Mexico vs. China 10 years ago. Significant changes in economics, infrastructure, geo-politics and cost have made Mexico the new China from a manufacturing and distribution stand point. See how much change there has been in the following presentation. These changes in cost will compel you to:

Group50 provides strategic advisory services to global manufacturing and distribution companies. If you want to find out more about this presentation, or our ability to help you take a forensic look at your supply chain and how Mexico can be part of it, you can call Jim Gitney at (909) 949-9083, send an email to info@group50.com or request more information here.