Why Most Mergers and Acquisitions Don’t Add Shareholder Value 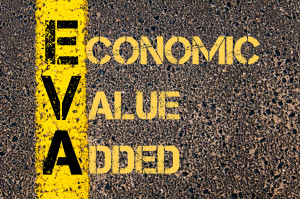 During a recent meeting of 40 M&A professionals, I facilitated a discussion around the results of a 1999 KPMG study on the success of Mergers and Acquisitions in large companies. This study indicated that 83% of mergers and acquisitions fail to increase share holder value. The M&A professionals who participated in this discussion represented middle market mergers and acquisitions. Members of the group were asked three questions:

Overall Summary: Intermediaries in M&A transactions play a strong role in the success of a transaction, which affects their compensation. Pre-close planning, post close execution and cultural differences are the three primary reasons deals don’t increase shareholder value. 12 years after the KPMG study, the results of this discussion indicate that there is little difference in the reasons mergers and acquisitions don’t achieve expected results in large companies or middle market companies. I asked the attendees the following question: What are the key reasons for these results? The following observations and reasons are summarized below: the comments made by the attendees: Pre-Close issues:

What impact does this have on intermediaries?

Can overcoming these results differentiate your business?

In the end, the cultural and execution issues that face two companies when they are merged make a big difference on the value of a sale or acquisition and the effectiveness of mergers and acquisitions.

About the author: Jim Gitney is the CEO of Group50® Consulting and specializes in the development and implementation of manufacturing and supply chain strategies. Jim and the Group50 team are all former executives with well-known manufacturing and distribution companies who understand what it takes to put together and manage the implementation of a successful Mergers and Acquisitions strategic plan. Group50 has led or been part of over 50 mergers and acquisitions over the last 25 years. Group50 has designed a series of strategic assessments, workshops and strategic execution tools that eliminate the existence of Anti-Strategy. You can reach us at (909) 949-9083 or send a note to info@group50.com.